From what I’ve gathered from our assigned readings and class discussions Pastoral Counseling is:

Aside from that, there seems to be a fair amount of latitude and variety as to how pastoral counseling might possibly be implemented—as with all counseling (pastoral or otherwise) to meet the needs of the individual.
Because faith & spirituality are integral to pastoral counseling the goal isn’t to simply address mental health issues but to overcome them by fortifying an individual’s resilience against mental health issues by incorporating the spirituality of their faith tradition and to achieve a greater sense of wellbeing and spiritual maturity.
For me, most of the information is new so my focus has been to just be receptive and take everything in. My faith journey has been circuitous. Growing up, it was easy to take religion seriously but also for granted as it was something that was always there. Later in life when I went though some darker times and my belief system became something I was actively investigating it stopped being something that was comforting and became a mystery that called for an inquiry. Even with the religious people around me, nobody recommended anything beyond regular attendance of mass. My skepticism and inquisitiveness were always discouraged. The pain of the difficult time I was living through was always overlooked. I always knew there was something there, that I was on to something, but I didn’t know what exactly and found myself to be more or less alone on that journey. In fact, I had never heard of spiritual direction or pastoral counseling until a few semesters ago during our Christian Counseling course.
During my time of tribulation, I turned inward. Somehow I had the insight to realize that the only way out was through but I was self-aware enough to know that I didn’t yet possess the tools to conduct that type of psychic spelunking while also healing, growing and becoming myself. So I also began studying philosophy, psychology and theology to fill in gaps in my developing Weltanschauung.
Eventually I found that I had a great affinity for philosophy and mysticism. And although that regime of personal study and reflection has brought me back around to reconnect with and grow in my spirituality most people don’t find solace in apophatic theology. So while I always try to enact my beliefs and spirituality in my day to day life, what really recharges me and reconnects me to my faith is the mystery itself, it’s the search—the meditative intellectual exercise of quiet enlightening study.
So, as for pastoral counseling, I’m learning about it. Just as I’m learning continually about myself and so many other things and I’m grateful to be at a place in my life where I can be comfortable being one with my curiosity.
And for anyone that might be interested, lately I have been (slowly) chipping away at:
The Mystical Element in Heidegger’s Thought & Heidegger and Aquinas: An Essay on Overcoming Metaphysics both by written by John D. Caputo.
And Martin Heidegger’s The Phenomenology of Religious Life 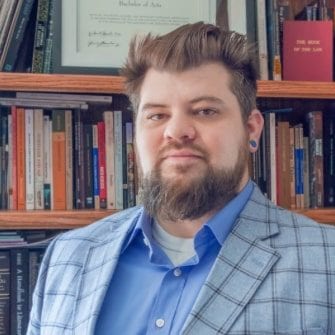 Throughout this course, I’ve become more familiar with different possibilities for pastoral counseling techniques/methods and the contexts in which they…

From what I’ve gathered from our assigned readings and class discussions Pastoral Counseling is: Counseling performed by someone affiliated with…