Nearly 20 years after missing an opportunity to visit St. John Paul II’s home country as a Franciscan University student studying in Gaming, Austria, Heather (Prush ’96) Perry was reading an issue of Franciscan Way magazine when she came across an ad for a pilgrimage to Poland.

Coming off spinal surgery and with five children at home, Perry admits the pilgrimage initially seemed like a long shot. But when her husband, Doug, blessed her with the trip as a birthday present in 2013, she experienced a transformative call that left her aware of gifts she hadn’t previously considered—and inspired her to take the Gospel to all nations.

Serving Those Who Serve

In the living room of the Ad Gentes Mission House in Steubenville, Ohio, above the fireplace, overlooking the wood floors, and across from the brightly covered drapes and couches, hangs a map of the world. Six thumbtacks mark missionary locations, spanning the globe from Alaska to Peru to Ukraine. When Perry talks about global evangelization, this is it.

Founded during the summer of 2017 by Heather and Doug Perry, Ad Gentes Mission takes its name from the Second Vatican Council’s decree on missionary activity. Literally “to the nations,” the name is more than appropriate for Ad Gentes Mission, which offers financial services, practical instruction, and spiritual guidance to American missionary groups—many composed exclusively of Franciscan students and alumni traveling throughout the world.

But it all starts in Steubenville. And it all starts at the mission house, which Heather and Doug bought in early 2017 as a place to cultivate community and discipleship for Franciscan students considering missionary activity.

“The initial idea behind it was to develop a home for people who were interested in doing mission, for people to build community and connect over their shared passion,” Heather says.

The house was a start, but, as Perry began working more closely with student missionaries preparing to travel to Magadan, Russia, she realized they faced logistical and practical concerns that required something more than just a place to discern missionary work. When the students were unable to process a donation from Aid to the Church in Need because of the unofficial nature of their fundraising, she turned to her husband, vice president of Global Compliance at Honeywell International, for advice in helping groups avoid similar problems in the future.

“That was the beaming light for us saying these students needed real, practical help—not just a house for community and discernment,” she says.

In response, they set up a 501(c)3 nonprofit to offer student missionaries the infrastructure to process tax-deductible donations—a key component in what Perry says is a vitally important aspect of organizing any successful mission.

“You can’t do missionary work without money,” says Perry, who was one of only two women in her class to graduate with a BA in philosophy. “It sounds superficial, but it’s a fact. You need to buy a plane ticket; you need to buy food; you need to pay for housing. Those are real needs and that money comes through donations.”

“It’s been very helpful to have another pair of eyes looking at the finances,” says Melody Doudna ’18, a former Magadan, Russia, missionary who now leads the Ad Gentes Mission- backed Alaska Mission.

“While we do our own fundraising, Ad Gentes Mission takes care of the tax side of the funds,” she adds. “When there’s so much else I have to deal with—making sure everyone has a place to stay or has food—it’s a gift to have the finances taken off my plate.”

While managing the finances of missionary groups is a vital part of what Ad Gentes Mission offers, of equal importance is helping missionary leaders understand what is possible for their groups. It’s a mission unto itself, says Perry, who spends much of her time mentoring and coaching the leaders.

“I do a lot of administrative work, but a big part of this call I was given is a service to missionaries, and that involves practical coaching and mentoring,” explains Perry. “We serve servants—it’s what we do.”

That service involves giving missionary leads a degree of freedom in proposing and planning mission trips that is unrivaled by most organizations, working one-on-one with missionaries to help them fulfill a unique calling in a specific place.

When Caroline Reel ’18 returned to Franciscan from missionary work teaching English to college students at the Ukrainian Catholic University in 2017, she knew God was asking her to return to teach full time in Ukraine. But she also knew that serving in a missionary position that didn’t actually exist, and doing it without the benefit of savings, would be virtually impossible without outside help. That’s when a conversation with Perry changed her entire outlook.

“The most beautiful part of Ad Gentes Mission’s support has been the freedom I’ve been given with planning the Ukraine Mission,” says Reel, who will travel to Lviv, Ukraine, during the summer to begin a two-year teaching position. “Heather said, ‘You’re the student lead: You plan Ukraine. We’ll give you the platform and any support necessary to meet your independent needs because your mission is independent.’

“Ad Gentes Mission was the one organization that said if I wanted to be a missionary then they were going to help me do that, in whichever way and wherever I was called,” she adds. 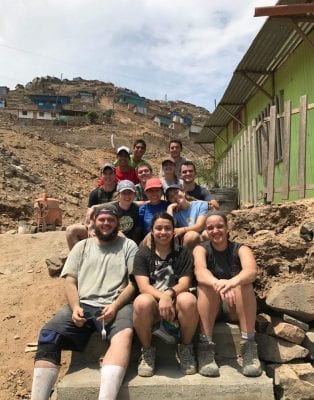 An Emphasis on Relationships

Each of Ad Gentes Mission’s six facilitated missions has a unique focus, but talk to any of the missionaries and you’ll hear a familiar, and uniting, theme: relationships.

“A lot of what we do centers around relational ministry,” explains Doudna, who majored in education at Franciscan. “We’re getting to know the kids and inviting them into our lives to really build a relationship that is going to last and help them.”

Reel, who already has two trips to Ukraine under her belt, explains that relational ministry is based in the Gospel accounts of Jesus appearing to the disciples on the road to Emmaus. While catechesis plays a prominent role in ministry, it’s the presence of the missionaries and the positive witness of their faith lives, especially to foreign students close to their age, that often serves as a catalyst for spiritual growth.

That road isn’t always smooth—a fact Doudna has learned during her time ministering in the Diocese of Fairbanks.

“There are a lot of people dealing with isolation and depression up here,” explains Doudna. “The suicide rate in Alaska is the second highest in the country. With the communities we work with, there’s a lot of abuse in the families. We’re trying to help build the community of the Church as a way that allows people to further their understanding through catechesis. We’re there to walk with them as they journey on that path, and for some of them, it’s going to take a number of years.”

The emphasis on relational ministry that Doudna and Reel bring to their respective missions in Alaska and Ukraine is an important part of Ad Gentes Mission’s DNA. Megan Zaragosa, a Franciscan student who lives at the mission house and also serves as Ad Gentes Mission’s social media promotion and website editor, describes her role as a caretaker of the mission house as a ministry unto itself.

“Our job is to make the missionaries feel like a family,” says Zaragosa, a theology and catechetics major. “When they’re on mission, they’re a family and can witness to other people through those relationships. That’s a powerful witness that raises questions: Who are these people? Why are they so loving? Why would they come here? That really strikes people.

“It was never about someone just living at the house,” Zaragosa adds. “You have to be called there. It’s a ministry: You’re ministering to missionaries.”

As for where that heart for walking with others comes from, the missionaries are in agreement: Heather Perry. 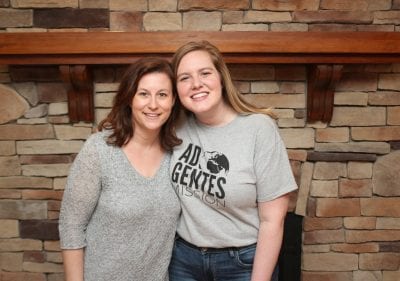 “I would not have been able to say yes to full-time mission work without Heather’s support,” says Reel, who attended Support Raising Solutions’ Fundraising Bootcamp with the help of Ad Gentes Mission. “Her encouragement of vocations has been amazing; she’s so spiritually alive. She’s been able to make the yes as a full-time missionary not just easier, but possible.”

The yes to God’s call for missionaries is something Perry and Ad Gentes Mission intend to expand in the coming years. The group has begun recruiting Franciscan students to travel to Amsterdam for a young adult-focused mission in the near future, while plans to open another mission house—this one in partnership with a group in Louisiana—are underway.

For Perry, it’s not just further proof that Catholic college students share her heart for mission, but also that the driving force behind Ad Gentes Mission is someone greater than her.

“From day one, Ad Gentes Mission was never going to be a ‘cool new startup’ situation,” she says. “And I think the response, with so many students coming to us with their ideas for mission, has showed us we are meeting a need that is Holy Spirit-led and God-willed.”

Where in the World is Ad Gentes Mission?
Russia

A mainstay for Franciscan students looking for a far-away mission trip since 2013, the Magadan Mission to Far Eastern, Russia, exemplifies relational ministry through acts of love, service, and sacrifice to the people of the small Siberian city. Working with Father Michael Shields, an American priest from the Diocese of Anchorage, Alaska, the missionaries feed the hungry, repair homes, visit the elderly, teach basic English, and catechize. Mindful of past Soviet repression of the Church, the Magadan Mission focuses on bringing Jesus to the Russian people through friendship and evangelization.

Originally conceived by Caroline Reel ’18, who is returning to Ukraine as a full-time missionary in 2019, the Ukraine Teaching Mission focuses on intensive English instruction to college students at the Ukrainian Catholic University in Lviv. The mission is more than just teaching English; the American missionaries, made up of current and former Franciscan students, live and pray in community with the Ukrainian young adults, walking with them at a time when Ukraine finds itself struggling for its national and spiritual identity.

Taking a year off in 2019, the Peru Mission focused on providing services to the poor in the shantytowns around Lima. Aside from meeting the spiritual needs of the people in these towns through Mass and prayer, the mission asked one missionary a day to travel to Lima on a pilgrimage so that the group could gain a better understanding and appreciation for the culture in which they serve.

No joke: Pub missions are a thing, and they’re a particularly important thing for the 11 Franciscan students who visited Ireland this past January. To be sure, there’s real, and important, witness that goes on during the mission. The missionaries not only “meet people where they’re at” in the most literal sense, but also engage them in evangelization, charity, and virtue.

When she was a student at Franciscan, Melody Doudna ’18 didn’t set out to create a mission in her hometown of Fairbanks, Alaska. But after serving on the Magadan Mission and spending a day in the forests of Russia discerning God’s call, she realized she needed to return to her home state to minister to both natives and non-natives. The Alaska Mission focuses on relational ministry, bringing God’s light to what is, literally, one of the darkest places on earth. “I have never been happier than right now when I can know with certainty that I’m doing what God wants,” Melody says. “Even though this has been the hardest year of my life, hands down, it’s amazing to know I’m doing what God called me to.”

Still in development, this new Ad Gentes Mission seeks to share the truth about St. John Paul II’s Theology of the Body in one of Europe’s most permissive and secular societies. 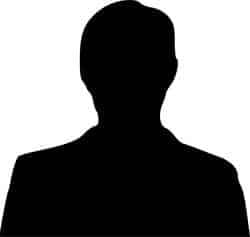