Filling the Void Through Ninevah 90

“This kind cannot be driven out by anything but prayer and fasting”
(Mark 9:29).

Usually, I don’t look forward to Lent, and I think it’s fair to hope that I’m not alone in that. Ash Wednesday feels like the longest day of the year for me. Washing the ashes off my forehead is the most satisfying feeling of the day, next to going to sleep knowing I can eat breakfast in the morning.

But this year was different. I got excited for Lent. This year, Lent meant that I was half-way through Ninevah 90 and in the home stretch to Easter.

Ninevah 90 is a little controversial, which is why when people ask about it, I usually call it 90 Days for Life. It’s meant to be offered for an end to abortion and to better your own relationship with God. It has 10elements: letting go of repetitive sin; wearing the brown scapular; daily Mass attendance; confession once a month; developing a support system; daily prayer; no sweets, alcohol, snacking between meals, TV or movies, or music that distracts you from God; a 54-day Rosary Novena; 33 Day Marian Consecration preparation; and making a Marian Consecration.
Out of those 10 elements, only one is related to fasting. I was surprised, too, but when you actually break the program down, it makes sense.

Prayer and fasting are inseparable in increasing faith, but somehow, Lent often becomes only about fasting. I almost always give up sweets or snacks, but then, as Lent progresses, those sacrifices really don’t seem to bring me closer to God. Sometimes, I just keep adding items or activities to fast from until I’ve got a long list of things I’m not allowed to do, and as soon as Easter comes around, I start doing them again without much change.

I’ve thought about why this is, and I think it’s a case of the cliché being true: Nature abhors a vacuum. If I spend my Lent removing candy, movies, music, and snacks, then something will swell up to fill the empty space—usually impatience and anger. Then, when Lent’s over, all those things I gave up come right back, and I’ve also got new vices to deal with.

When I was considering Ninevah 90, the music thing really held me back. I listen to music when I’m studying, when I’m running, when I’m driving, and I worried that listening to that much Christian music would drive me up the wall. It’s one part of one element, but that’s what I noticed and what almost held me back.

But almost every other element is meant to add something to your life and to build your relationship with God. At first, adding so many devotions seemed like too much, but then I realized I already had room for them because of those few things I had taken away.

Back to the music. I couldn’t listen to my usual Top 40 while I was at the gym. But not only did I stop listening to music that distracted me from God, I started listening to music that led me to contemplate his love. Not to say it’s been easy, but it would have been a lot harder had I given up all music completely. By adding music that glorified God, there was no room for another vice to take root because my mind was focused on truth, beauty, and goodness.

Entering this Lent, I didn’t feel the need to give up more and more. I had already been filling the space with prayer before fasting had a chance to create a vacuum. There was never room for impatience or anger because I was already building virtues that bring me closer to God. Another perk, these virtues also make it easier to sacrifice, so that fasting doesn’t seem nearly as difficult.

That is the surprising truth that shouldn’t be surprising. When we pray, we’re called to make a real change, which usually calls for taking something out of our life that leads us away from God. But when we fast, we need prayer to make it efficacious.

So now, we’re all in the home stretch to Easter and we’re all trying to increase our faith and grow closer to God. It took Ninevah 90 for me to realize that Lent really is the home stretch, not an isolated period of suffering. Prayer and fasting are meant to increase our faith and bring us closer to God. They are never an end in themselves. After Lent, our faith should remain even when we stop fasting.

After Easter, I might start eating candy again, but I don’t plan to stop praying, and my relationship with God won’t allow space for anything that distracts me from him. 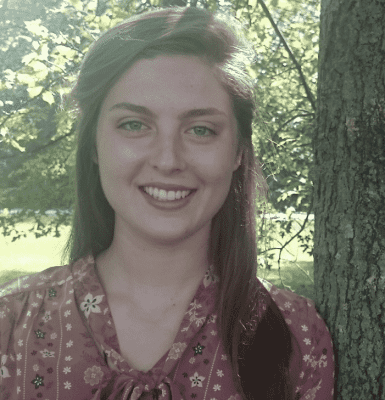 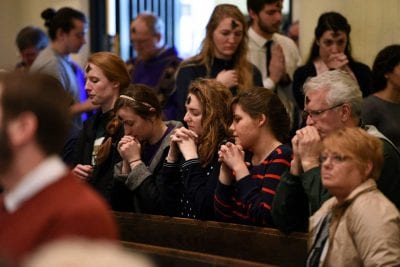 Filling the Void Through Ninevah 90

Filling the Void Through Ninevah 90 “This kind cannot be driven out by anything but prayer and fasting” (Mark 9:29).… 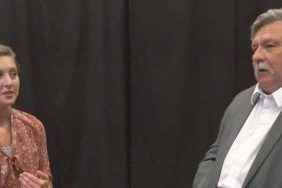 An English Degree that Matters

Two weeks before the end of my junior year at Franciscan University, I made the call to the managing editor…

Making the Most of My Business Education
October 23, 2017