In the beginning of nursing school, it’s a common for teachers, peers, parents, and even patients to ask the question, “Why did you want to be a nurse?”

The interesting thing is that I can look back now and distinctly tell you that in a class of about 60, the variation of answers was sparse. One time, in particular, us students went around the room and each of us individually answered the question. Almost everyone said one of three things:

I find it interesting to reflect on this question, because at Franciscan, I believe that when you leave the Nursing Program, your answer will have changed from what it was in the beginning. I know mine has.

From the very moment you’re accepted into the Nursing Program at Franciscan, you’re introduced to a radical new idea. It is simple, profound, and consistent with our Catholic faith. This idea sets the foundation for what it means to be a Franciscan nurse, and it sets us apart.

It is the idea that we live in a world that is increasingly focused on solving health problems in quicker, less expensive ways with fewer side effects than ever before. It seems as though there is almost no problem that is too perplexing for medical professionals to solve and seemingly every action is reversible. This idea is so pervasive, though, that many medical professionals only focus on treating the problem these patients have. But at Franciscan, we learn to care for a person, not a problem.

Problems are treated, people are cared for, and the difference is plain as day. No matter how unreasonable the patient is, no matter how tired we are, no matter how futile our efforts might seem, the patient in front of us is a human being with inherent value and worth. These patients are more than their problems, and we are tasked as Franciscan nurses to do whatever we can in order to care for the whole person, going beyond just fixing their problems and ship them off.

For Franciscan nurses, there is no task that is too insignificant to help with if it means that the person will be cared for.

In all of my classes this is the driving theme. A theme that helps motivate me through the rigorous academic challenge nursing school presents to those who are called to take it on. My time at Franciscan has been led by professors who are some of the most professional and talented people I have had the pleasure of knowing. Going to clinical sites at some of the highest ranked hospitals in the country (located nearby in Pittsburgh), participating in our simulation lab with classmates, and being challenged by professors who have been in the field for decades has made all the difference in my education.

Whether I run into friends who attend other nursing schools, or even other nurses currently in the field, the difference becomes clear that Franciscan nurses go above and beyond. Our professors hold us to an extremely high standard, and as a result, Franciscan maintains some of the highest first time NCLEX (National Council Licensure Examination for nurses) pass rates in both Ohio and nationally. Alumni and their new bosses write to Franciscan consistently telling our nursing program to send our new grads out to them because once they have hired Franciscan nurses, all they want is more. In other words, the Franciscan difference makes a difference.

The Franciscan difference is found in the truth and reality that all humans have irrevocable worth, that there is no human too small or insignificant to be cared for, and the fact that we make a point to care for the whole person. This difference makes all the difference and that is why I want to be a nurse. Moreover, it is why I am proud to be a Franciscan nurse. 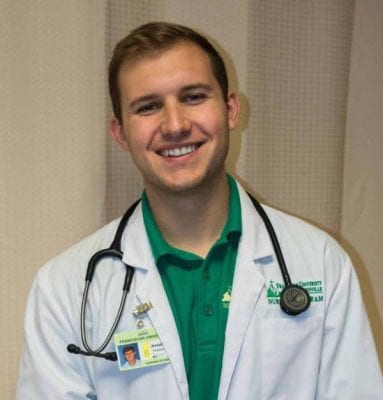 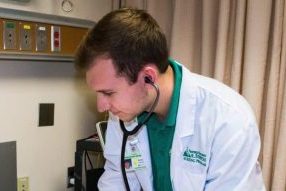 In the beginning of nursing school, it’s a common for teachers, peers, parents, and even patients to ask the question,…