Campus protests, a hearing of the U.S. House of Representatives Committee on Oversight and Government Reform, Title IX investigations, and much more. This is just a small sampling of what I have covered as a journalist since seeking the help of Franciscan University’s Career Services office nine months ago, publishing stories on leading conservative news websites while gaining experience, connections, and even a decent income.

My name is Jeremiah Poff and I am a junior Journalism student at Franciscan University. It was only a year ago, during my sophomore year at Franciscan, that I declared my major in Communication Arts with a concentration in Journalism. I knew that I wanted to pursue a career in the national news media, but I thought I had to wait until after graduation to gain meaningful experience. However, I learned how to write news stories from my first journalism class and I realized how much I loved doing it. The professor, Dr. Wayne Lewis, was someone that I really connected with and I knew was of a similar mindset as myself. But I credit most of my success to the office of Career Services at Franciscan.

Think of Career Services as a kind of gateway to the real-world: These are the trained professionals dedicated to helping Franciscan students find internships, network with alumni and University friends, and build the kinds of resumes, interview skills, and more that will help you leave college with not just a degree, but the ability to land the kind of job you’ve dreamed about. I went into an appointment with career services my sophomore year and they recommended that I start writing immediately to build up a portfolio in order to improve my marketability after graduation. In the meeting, they recommended that I look into The College Fix and CampusReform, two conservative-leaning news websites that focus on higher education.

Both sites rely on student journalists to research and report the ongoings at colleges and universities across the country as well as any public policy enacted by state and national lawmakers that affect institutions of higher education. This is not just some little known blog; articles from The College Fix and Campus Reform are regularly featured on Drudge Report and Fox News along with many other nationally recognized news sources. I applied to The College Fix, and shortly thereafter, I was hired on by the associate editor, Greg Piper. Since then, I have written more than 20 articles for The Fix, and will continue to do so for the duration of my time at Franciscan.

Since I’ve started writing, I’ve been able to add two more websites to the list of media outlets I’ve published with. Perhaps more telling, I’ve have been quoted by numerous publications including The Daily Caller, The Washington Examiner, Fox News Nation, and The Daily Wire, in addition to drawing Twitter attention from notable personalities such as Christina Hoff Sommers, Todd Starnes, and Prager University.

One of the great things about cultivating my journalistic sense at Franciscan has been interacting with the many like-minded people who’ve helped me stay true to my values while simultaneously being more and more engaged in politics and current affairs. One thing that particularly comes to mind is when I was followed on Twitter by Charlie Kirk, the founder of Turning Point USA, who inspired me to start a Turning Point chapter at Franciscan. I also attended the 2017 Values Voter Summit in Washington D.C. and I was offered a job there by Fox News columnist and talk radio host Todd Starnes who told me that I am an “excellent writer.”

With my ever increasing portfolio and exposure, I feel increasingly more confident in my opportunities after graduation. I have been able to do some remarkable networking and have gained some valuable real world experience that I have no doubt will greatly help me break into an industry that is all about connections. And to think it all started in a brief 20 minute meeting at Career Services! 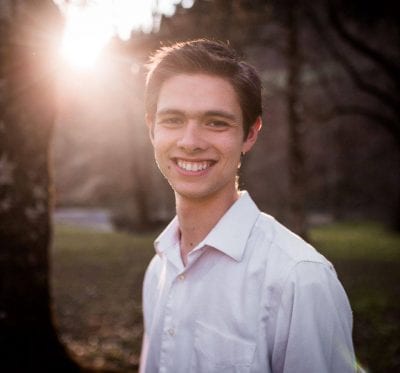 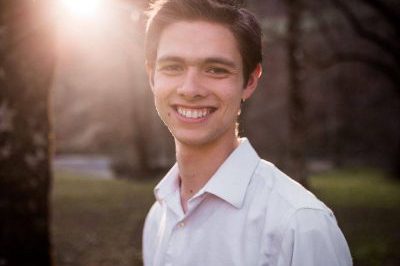 Campus protests, a hearing of the U.S. House of Representatives Committee on Oversight and Government Reform, Title IX investigations, and…