It was 10 a.m. on June 27, 2016, and I was sitting in a small wooden chair in the side aisle of the Supreme Court building in Washington, D.C., waiting eagerly for the justices to announce their decisions.

At the sound of the gavel, all rose while the marshal announced the entrance of the justices:

Once the justices had entered the room, I once again took my seat. But as I sat there with notepad and pen in hand, my eyes wandered around the room. The long red curtains, the justices in their black robes, the rows of wooden benches—I took a few moments to soak in the whole atmosphere.

Being in that room to witness a historic ruling is probably the stuff of dreams for college students majoring in political science. But for me, it wasn’t just a dream: It was a reality. And it was just one of the many incredible experiences I’ve had during the past two summers that I have spent interning in our nation’s capital—first for the Susan B. Anthony Foundation, and then for the American Principles Project. From participating in meetings with congressmen on Capitol Hill to watching those same congressmen play baseball, my summers were filled with learning experiences and memories that I won’t soon forget.

A few years ago I was worried that I wouldn’t even be able to land one, much less two, D.C. internships. When I entered the political science program here at Franciscan, I had doubts about if it could prepare me to reach my goals. Since it’s relatively small and not particularly well-known, I was concerned that my resume would not stand out once I got out into a larger pool of applications.

What I found, however, was quite the opposite. My internship interviewers didn’t seem to care that I was from a small liberal arts college in Ohio, rather than a prestigious Ivy League school. They were more interested in my understanding of ethics, knowledge of the principles on which our country was founded, and comprehension of philosophic truths—the exact things that Franciscan’s political science program focuses on.

Above all, my classes have instilled in me a deeper understanding of the human person as a child of God whose earthly and eternal good must be supported, rather than hindered, by political structures. Through classes like Political Philosophy, Life Issues and the Law, and Foundations of Ethics, I now understand how to practically apply the dignity of the human person as the foundation of all public policy.

Complemented by the incredible Austria study abroad experience, which allowed me to experience the cultures, history, and political structures of seventeen European countries, Franciscan’s political science program has exceeded my expectations. If I were to go back to four years ago when I was a senior in high school, there isn’t a doubt in my mind that I would choose Franciscan all over again. In fact, as I near graduation next spring, there’s a part of me that wishes I could do it all over again. It’s that good. 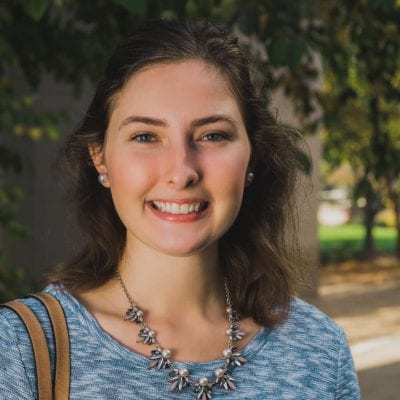 Andrea Moury Student Blogger Hi, I’m Andrea and I am from the beautiful state of… 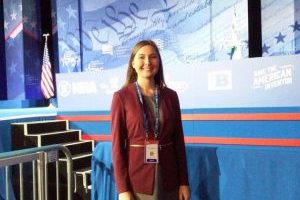 Making the Most of My Business Education
October 23, 2017