In casual conversations with friends at Franciscan, you’ll often hear stories about saints with crazy heroic virtue. Francis of Assisi threw himself into thorns at the first inkling of temptation. Teresa of Avila levitated during her deep conversations and unions with the Lord. Padre Pio, well, Padre Pio once woke up in the middle of the night to the smell of smoke and sight of Satan seated at the foot of his bed, burning the bedroom around him. The Italian monk’s response? Rolling over in his covers and muttering “Oh, it’s just you.”

When I came to Franciscan, I learned Saints don’t have a monopoly on holiness; in fact, my freshman year became the most transformational time of my life thanks to a household brother who walked the walk of Christian virtue.

We’ll refer to this behemoth of God’s grace as John (and with a 6’7” frame, John was, in fact, a “behemoth”). While John may not have been levitating, he certainly battled Satan with a similar saintly ferocity. The man was a rock star of virtue, and while most of the campus knew him in that capacity (along with his bright red hair), few knew him as deeply as they would have liked. Fortunately, God gave me that gift when I joined a household.

John was a senior my freshman year, and you couldn’t help but gravitate to him. He played a significant role in my joining of the Disciples of the Word household. I soon found out that, just like you’ll get a ‘big’ at other schools when you join a fraternity, a new household member gets to choose a ‘big’ to walk him through the pillars of the household. So when I joined Disciples, one man immediately came to mind as my ‘big’.

First, allow me to teach you some Franciscan lingo you’ll need: formation – (n). The process someone who joins a household goes through to transition into a full fledged member.

The longest on average formation process on campus is that of the Disciples of the Word, and spending this period with John is what transformed me. We met every single day for months and I soaked up his wisdom. He would give me daily challenges to grow in the virtues that we were working on. Some of these were mild, like when he gave me some flowers to bring to the Marian grotto and told me to offer them to Our Lady with a rosary. Others were far more intense, like when John asked me to sit with people I didn’t know in the cafe and, at some point during the conversation, pray with them in an effort to grow in evangelization (this can be daunting for a freshman). I got to share what I was going through with all the members of the household every so often, and was challenged by their feedback. It wasn’t just my faith life, either. Every issue that came up in my life, be it with girls, friends, or time management, John was there to guide me and encourage me. However, all of this paled in comparison to John’s influence on my prayer life.

During formation, the ‘little’ must walk with the ‘big’ through various virtues and teachings, so as to understand both the faith and what the household stands for. However, all of this is for naught without prayer. While many people have a solid prayer life entering Franciscan, others get complacent. I see this place as spiritual rehab for many students and a spiritual training ground for all. You won’t be able to benefit from everything the University has to offer spiritually if prayer is not a part of your life.

John made prayer a priority from day one. Not only that, but he taught me how to make prayer my number one priority. He gave me concrete steps to pray more effectively, to pray with scripture, and to pray when I really did not feel like it. John said this kind of personal prayer can’t ever be shirked off since we’re building a relationship with a person who we want to be our best friend. To ignore Christ some days makes that relationship very difficult.

Making time for prayer as a consistent part of your busy college life is not always easy. It is, however, the most important thing any person could do. The accountability and encouragement I was given by John, the daily push towards greatness and sanctity, were priceless. The placement of prayer as the top priority of each day has been the greatest thing John gave me, and will forever shape me as a person.

The Lord, for His part, always rewarded our efforts. John graduated at the end of my freshman year, but I still reach out to him for advice or to pray. Household life gave me a lifelong friend and mentor—a divine gift I’ll be forever grateful for. John is currently off “making disciples of all nations,” but I will always remember him forming me into a ‘Disciple’ during my time at Franciscan. 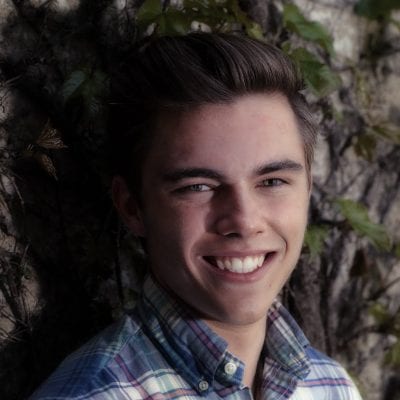 Cheers! I’m Conall, a Sophomore Economics major from Simsbury, CT. I was raised in what… 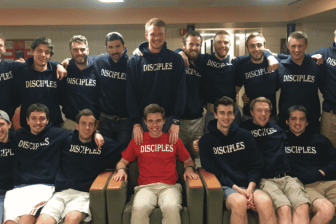 In casual conversations with friends at Franciscan, you’ll often hear stories about saints with crazy heroic virtue. Francis of Assisi…