A few days after my eleventh birthday, I was admitted to the hospital with a ruptured appendix. It felt like someone had spilled boiling soup all over my insides, and it landed me in the pediatric ward for more than three weeks.

I don’t remember much from that stay, but I do remember a few things: first, that a fluffy black therapy dog came to visit me and put his paws gently on my bed; second, that High School Musical 2 came out while I was in the hospital; and third, that it was during that hospital stay that I learned to pray the Rosary.

It was all circumstantial, really. A family friend heard I was in the hospital and gave me an elegant handmade rosary. It was delicate, featuring white and pink beads with a latticed crucifix. Though grateful for the gift, I had no idea how to use it, so eventually my mom offered to teach me the various prayers of that make up the Rosary. We prayed it several times over the next few weeks in the hospital and my subsequent recuperation. But when I returned to school, I promptly forgot about the prayer.

Over the next few years, the Rosary was not a regular part of my life. Sure, it was something I prayed occasionally at church events. But even though I had heard about the supposed benefits of praying the rosary, I thought it was repetitive and painstaking. For example, in high school, my youth group prayed the Rosary every two weeks, but I was not engaged in the prayer. I distinctly remember asking my youth minister if we could have eucharistic adoration, which we did every other week, instead of praying the Rosary.

Several years later, as a freshman at Franciscan University, my close friend encouraged me to visit one of the University’s faith households: Totus Tuus Maria (loosely translated “Entirely yours, Mary.”) Eventually, I visited the household during a Lord’s Day celebration, when we read and reflected on Sunday’s Gospel. I was astonished by the faith and devotion of the women in the household, so much that I returned multiple times to visit.

One of the most striking visits I made was on a Sunday evening. All of Totus Tuus Maria was gathered to pray the Rosary together. That evening, the Rosary seemed more intimate and profound than before. I watched, curious, as the women surrounding me gazed lovingly upon images of the Virgin Mary hung around the room. As we started the fifth and final glorious mystery, the coronation of Mary, the entire room knelt before the crucifix and a statue of Mary beneath it. Kneeling amongst such genuine and prayerful women, I was moved by the beauty of their prayers.

How intimate and staggering my visit became! Although I didn’t yet comprehend the power of the Rosary, I felt the women around me had a deep appreciation for its power. They seemed not only to grasp the purpose of the Rosary but also to carry a deep respect for the Blessed Virgin Mary. As they closed their prayer in song, I knelt, astounded. I desired the profound prayer that the women around me seemed to experience.

As a freshman, I looked up to the older girls in that room. It was their example of prayer and devotion to Mary that kept me coming back to the household after that evening. That was the first of many rosaries I’ve prayed with Totus Tuus Maria—I’ve now been a sister in Totus Tuus Maria for nearly two years.

Since that first night, the Rosary, once a chore, has become a pillar of my life. My household sisters and I pray it at least twice a week with for each others’ intentions. As I’ve learned more about it, I’ve begun to understand the reason Padre Pio called the Rosary his “weapon” and prayed it several times each day.

Oh, and that pink and white rosary I received while in the hospital? It remains one of my most prized possessions. Though the pearly coating is worn from most of its beads, it still works just fine as a tool for powerful prayer. 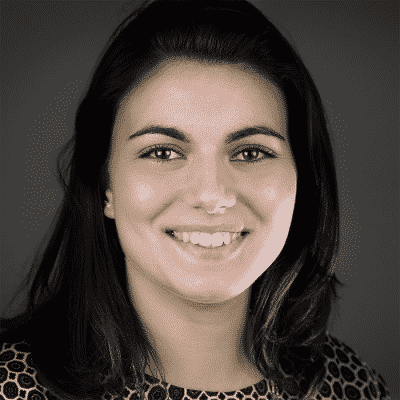 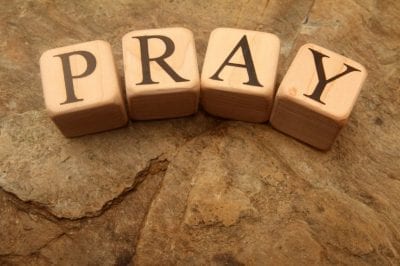 Vodola: Relearning the Power of Prayer

A few days after my eleventh birthday, I was admitted to the hospital with a ruptured appendix. It felt like…