I grew up number three in a family of seven children. My parents met as students at Franciscan, married, and never left. I’ve always thought of myself as a ‘traditional Catholic”—no hand-raising, speaking in tongues, etc. All that was somewhat foreign, even though, as kids, we saw a great deal of charismatic worship on campus. My parents are very devout and orthodox Catholics, and they taught me a good deal about the basics of my faith. I went to a private Catholic school, and because we never got beyond basic theology, I easily passed my classes with high A’s.

At home, my parents continued to be good examples and pushed us to be better Catholics. But for me, faith never really clicked. Sure, I knew all the words to say, and when to say them, but I never felt that personal touch from God. He was just some guy in the distance you talked to, and never really heard from. My faith became a going-through-the-motions type of deal. Soon, this emptiness began to creep into my outward life. I kinda rebelled as a teenager in high school, and didn’t like some of the rules my parents had put into place. This repeated disobedience severely damaged my relationship with my parents and their trust in me. I graduated high school and came to Franciscan. Why? Because my parents (the oldest of six and ten) and all of their siblings, as well as a few cousins and my two older siblings, had all gone to Franciscan. This University runs in my family, and I was excited to finally be a part of something that so many of my relatives have loved.

However, my non-existent prayer life still dragged me down. I didn’t utilize my time the way I should have, and because of it, my grades, normally all A’s, slipped a little. I had all of these opportunities to grow in the faith, and yet I didn’t take advantage of any of them. Households? Most of my relatives had started, revived, or had been in them, but I didn’t want to join. I claimed I didn’t have the time. I was at one of the best Catholic universities but didn’t care and didn’t try to embrace all the aspects of faith formation available to me. This, of course, was bad. All of my life, I had thought, “Oh, I’ll be a truly devout Catholic when I’m an adult.” But here I was an adult, and I still didn’t care about my faith.
Over Thanksgiving break, my parents sat me down to talk about ways that I could budget my time better. They strongly suggested that I try to go to daily Mass and look into more households. I realized that they were right, and started going to daily Mass when I could. My sister-in-law had been in a household called Handmaids of the Lord, and so I decided to look into them. I went to every single commitment (a kind of group meeting) for the next four months. During this time, I fell in love with the group of girls. They were all so different, yet were connected by a strong love for Mary and Jesus. They truly cared about their faith, and that showed through everything they did. Looking back, I can now see that my parents radiated that same love; I was just too caught up in myself that I didn’t see it.

I decided to join the household, and a few days later, I went on a charismatic retreat. Why? Because I’d never gone on a retreat in my life (seriously: no youth conferences either) and because a guy named David, who had been in my Spanish class, said I should. He was so convinced that I should go on the retreat that I convinced myself I needed to. While I was still indecisive, my current boyfriend (not David), who grew up charismatic, told me that if I could go on any retreat, it should be this one.

The retreat was called Born in the Spirit. And it was awesome. A little background: I was born three months early, and so my voice is a little bit soft and kinda raspy. Because of this, I don’t like singing, and am convinced that I am awful at it. But, I began to sing during the retreat because everyone else was so loud that they all drowned out my voice. My prayer had always been “just talking to God.” This was a different form of prayer—something that I could put my whole physical body into. Once the meaning of the “weird hand raising” was explained, I felt more comfortable around it and began to incorporate it into my praise. During this retreat, we had a four hour praise and worship session. And I didn’t want it to end. I came back to campus very excited. As of now, I have become a full member of Handmaids of the Lord, and one of the best parts of being a member is that we have commitments with praise and worship.

One of the first times I came to a commitment, there was a praise and worship session. One of the sisters said to “praise the way you think best.” For me, that was beautiful, because I didn’t want to sing and embarrass myself. I just closed my eyes and listened to the voices as they sung. It sounded like angels. And while I’m still a bad singer, the voices of my household sisters carry my praise for me. Those voices helped me discover that I do care about my faith, and really, truly desire to grow in it. 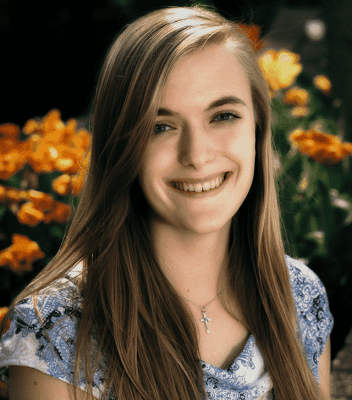 Kateri Schmiesing Student Blogger Hello, I’m Kateri, and I have lived in Steubenville my whole… 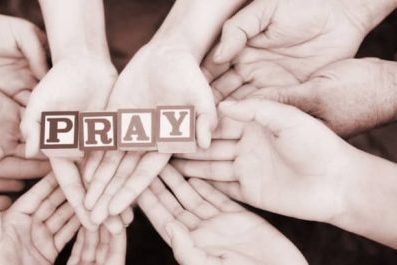 Schmiesing: Born in the Spirit

I grew up number three in a family of seven children. My parents met as students at Franciscan, married, and…