Sometimes it seems that the March for Life is the Catholic/Pro-Life thing to do mid-January. We make our signs, try to sleep on a bus, stand for a few hours in the cold, catch up with old friends, shuffle along Constitution Avenue, say a rosary, pack up our things, and leave.

See you next January, Washington D.C. That’s not to say that there aren’t those who devote their lives to ending abortion, and that there are many more who pray every day for our country to wake up and realize that life is precious. But why do we have to fight for the most basic human right? Why must the most vulnerable be silenced? Why is America blind to the beauty of humanity?

My sister Kateri was born at 24 weeks. In many states, she could have been aborted up to 24 weeks. But whether she had been born a week earlier or a week later, her humanity wouldn’t have changed. She had the basic right to life both inside and outside the womb, a right that many children her age have been denied.

This year for the March for Life, I traveled down to D.C. on one of the eight buses that Franciscan University sent late Thursday night. Father Dan Pattee, TOR, led a holy hour in Christ the King Chapel before the buses departed at midnight. We arrived at the Basilica of the National Shrine of the Immaculate Conception at 5:30 A.M., attending the closing mass of the National Prayer Vigil for Life celebrated by Archbishop Gregory M. Aymond, Archbishop of New Orleans, with Father Sean Sheridan, TOR, among the co-celebrants.

My dad and sister had traveled in the buses as well, so after mass, we and a group of my sister’s friends walked a couple blocks to the St. John Paul II National Shrine. There, we were able to venerate one of his relics, a vial of blood, and visit the museum that had been constructed downstairs. It detailed the incredible life of St. John Paul II, his witness a reminder of the beauty that shines through in a life lived for Christ.

The day was sunny, but a cold biting wind reminded us that it was still winter. At the foot of the Washington Monument and gathered around the bright green Franciscan University banner, roughly 800 students, faculty, and staff, and many more alumni, listened to Vice President Mike Pence give the pro-life movement his support. In all of the March’s 44 years, he was the highest member of the executive branch to attend the March for Life.

And that brings us to the March for Life’s age. Next year will be the 45th anniversary of Roe v. Wade. Usually, a 45th anniversary is celebrated with cake, not with a slow march in snow, sleet, or rain. But hopefully, there won’t be a 45th anniversary. Hopefully, legalized murder will come to end. Hopefully the hearts of the American people will soften and finally recognize the humanity of a tiny, unborn child. 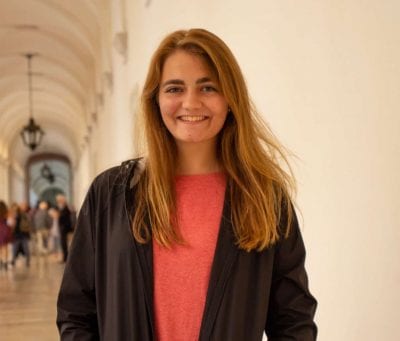 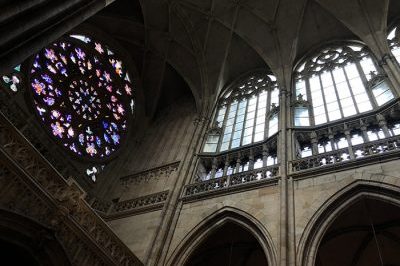 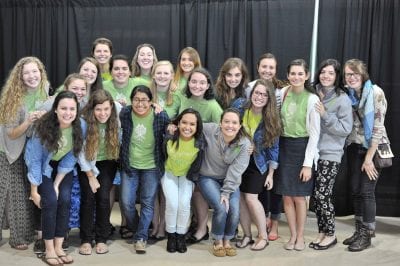